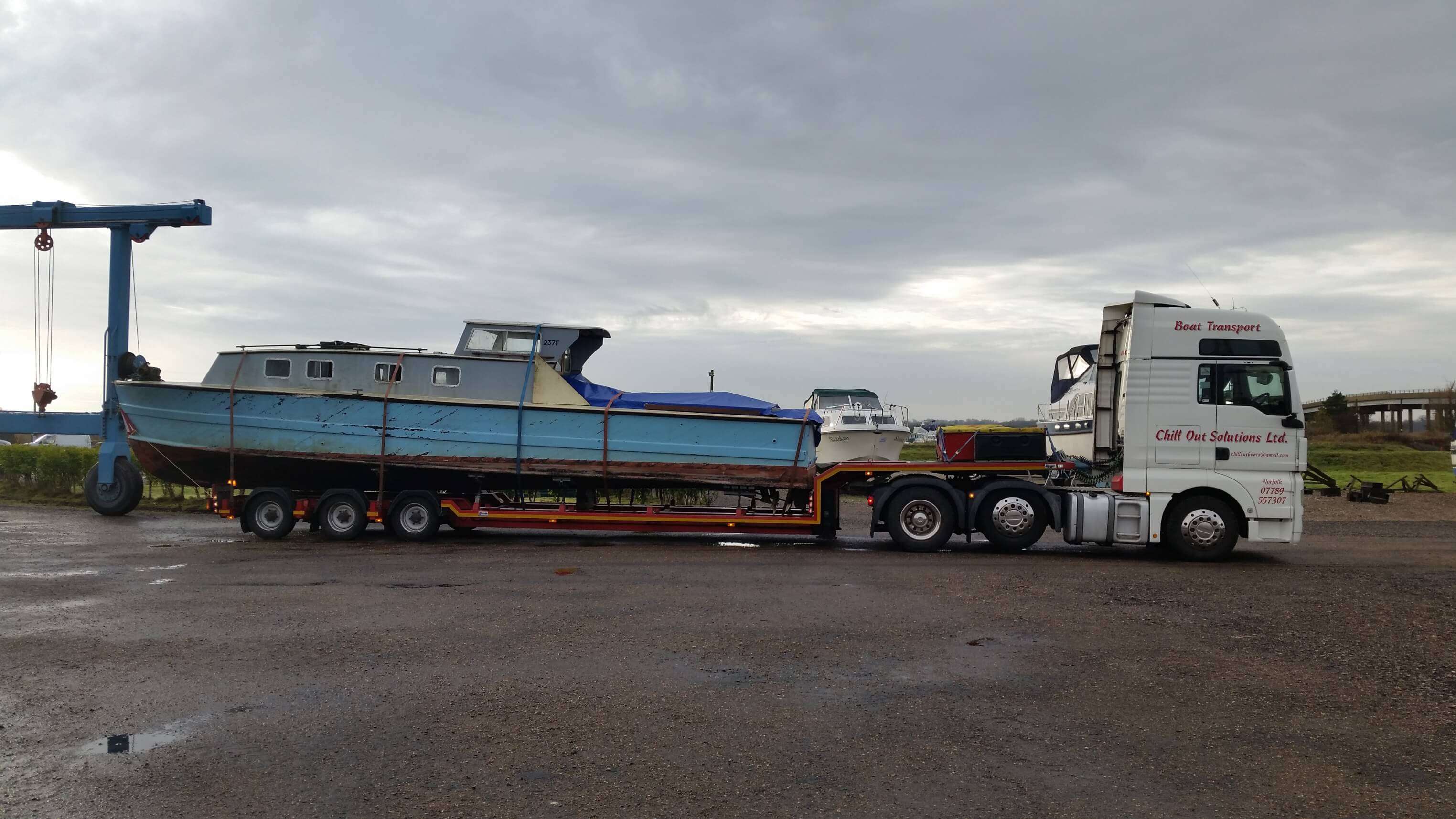 We were asked to move a 1941 WW2, wooden, 41 ft sea plane rescue launch, from Norfolk to Felixstowe.  This rare wooden vessel was originally built to carry out rescue missions when Sea Planes that had sustained damage during missions returned to their bases in the UK.

Originally fitted with 2 x Merlin Spitfire engines, the launch would speed out to the landing site of the sea plane to rescue the crew and any military passengers on board, before the plane sank, hence the need for the twin Merlin engines, although they were also used simply as a ferry for the crew.  These craft were also used to tow huge targets on a long line, off shore for military training.

This particular vessel has been bought in order to be restored to preserve a piece history and it was our pleasure to be involved in the transportation of this delicate wooden boat.